Half of Google’s First Page Results are HTTPS

Moz reports the number of HTTPS results on Google’s first page has risen from 30% to 50% over a period of 9 months.

Due to the fact this has been a gradual increase with no big jumps, Moz attributes the growth to a steady adoption of HTTPS rather than algorithm updates.

Moz corroborated its findings with Rank Ranger, which was also able to produce the same results using its tracking system. Two independent tracking systems coming to the same conclusion is an indication that neither is far off.

Dr. Pete Meyers of Moz predicts the number of HTTPS results could populate 65% of the front page of Google by the end of 2017. Despite the growing adoption rate, Google confirmed it has no plans to boost the HTTPS ranking signal.

Secure results are taking over Google’s first page, but not all major players have converted yet. Of the top 20 subdomains in the MozCast data set, these are the ones that have not yet switched to HTTPS:

That’s half of the top 20 domains which are still HTTP. Knowing that, is it worth it for site owners to make the switch if they haven’t already?

Moz recommends keeping in mind that others factors need to be considered beyond Google’s mild ranking benefit for HTTPS. For example, Chrome will start marking non-HTTPS pages as non-secure if they ask for password or credit card information.

As adoption rate increases, Meyers believes the pressure to convert to HTTPS will increase as well. He recommends new sites jumping on board immediately, as security certificates are fairly inexpensive and come with few risks. At the very least, secure any pages that collect sensitive information.

Moz reports the number of HTTPS results on Google’s first page has risen from 30% to 50% over a period of 9 months. 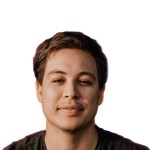 The Clubhouse App | A Comprehensive Guide On How To Get Started